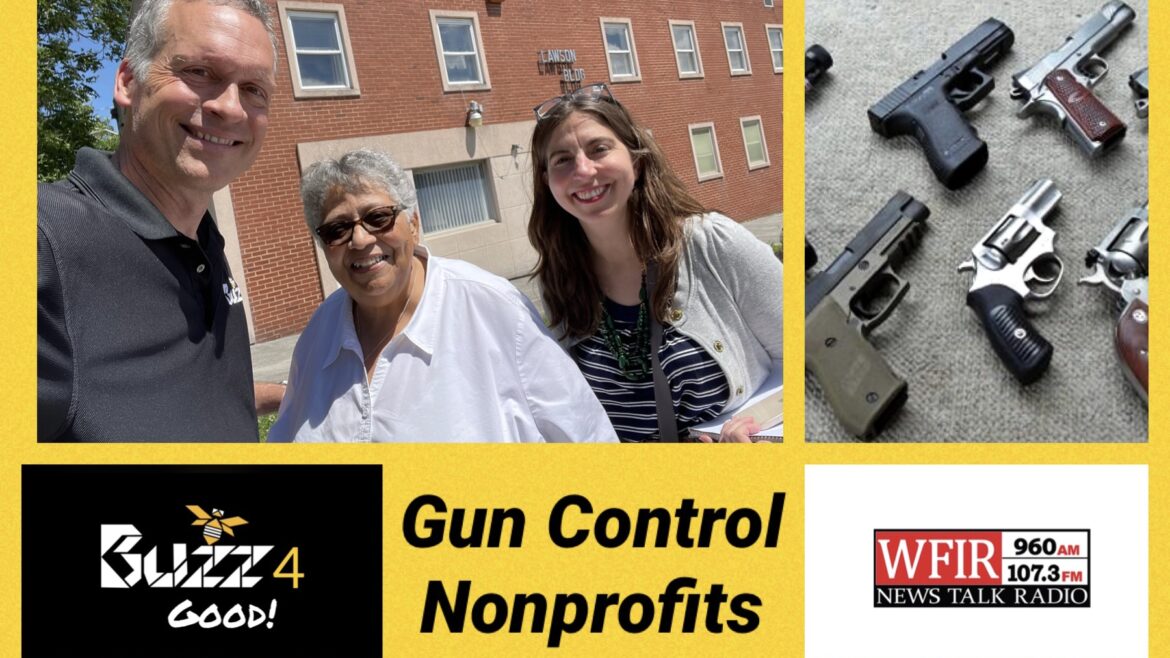 As a professor in Norris Hall, Catherine Koebel’s father would have been a victim of Virginia Tech’s 2007 mass shooting had his class started an hour earlier. Brenda Hale wasn’t as lucky: when she was a little girl, her father fatally shot her mother.

Now both have teamed up to launch an aspiring nonprofit – Groceries Not Guns – that seeks to stem this cycle of death one household at a time. Groceries Not Guns, along with the Roanoke chapter of the NAACP and Roanoke Quaker Meeting, is coordinating a buyback on June 25.

While mass shootings like the tragedy in Uvalde, Texas receive a lot of media attention, they comprise just a fraction of the 45,000+ gun deaths – suicides, inner city homicides and accidental shootings – occurring each year in our country.

Such killings are just part of living in the United States.

Listen to BUZZ creator Michael Hemphill‘s conversation with the leaders of these organizations.

Are you a nonprofit with an event that we could help promote? Or a marketing problem we could help fix? Contact us and we’ll share on an upcoming episode.