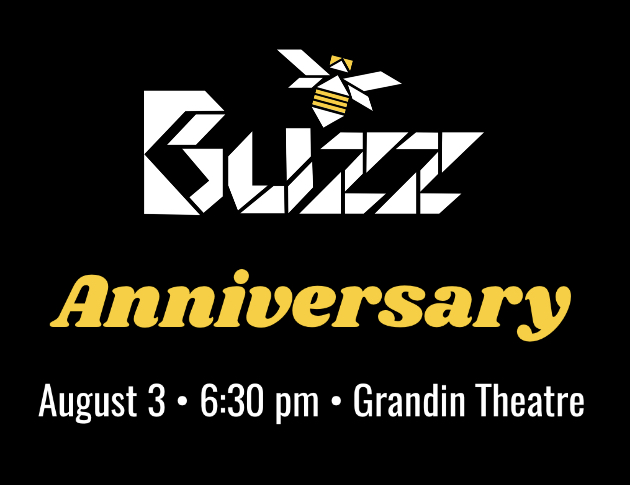 We invite you to CELEBRATE our anniversary and PREVIEW our 13th episode on Tuesday, Aug. 3, at 6:30 pm at the Grandin Theatre. The event is free. Beer, wine, soft drinks, popcorn and candy will be available for purchase from the Grandin. (Pre-party for AAF Roanoke members and previous stars and supporters of BUZZ starts at 6:00 pm).

The event is free. Beer, wine, soft drinks, popcorn and candy will be available for purchase from the Grandin.

Our newest BUZZ is a special two-part show featuring the Christiansburg Institute, with Spectrum Media Solutions, that airs Aug. 4 and Aug. 11 on Blue Ridge PBS.

But there’s a group of passionate people dedicated to preserving its history … and creating a catalyst for community conversations, racial justice and change.

We thank Woods Rogers Attorneys at Law, Community Foundation of the New River Valley, and Partners in Financial Planning for their sponsorship support of this episode … and all of you who have been part of BUZZ during our inaugural year.