One of the most cost-effective — and effective — marketing tools is your nonprofit’s FREE Google My Business profile. BUZZ creator Michael Hemphill recently invited colleagues to post a review on Buzz4Good’s Google My Business profile and was overwhelmed by, well, all the buzz! (If you’re inspired to do the same, just google “buzz4good” and in the Reviews section click some stars — preferably 5 of them — and write a sentence or two.)

Go here to get started on your nonprofit’s Google My Business profile. 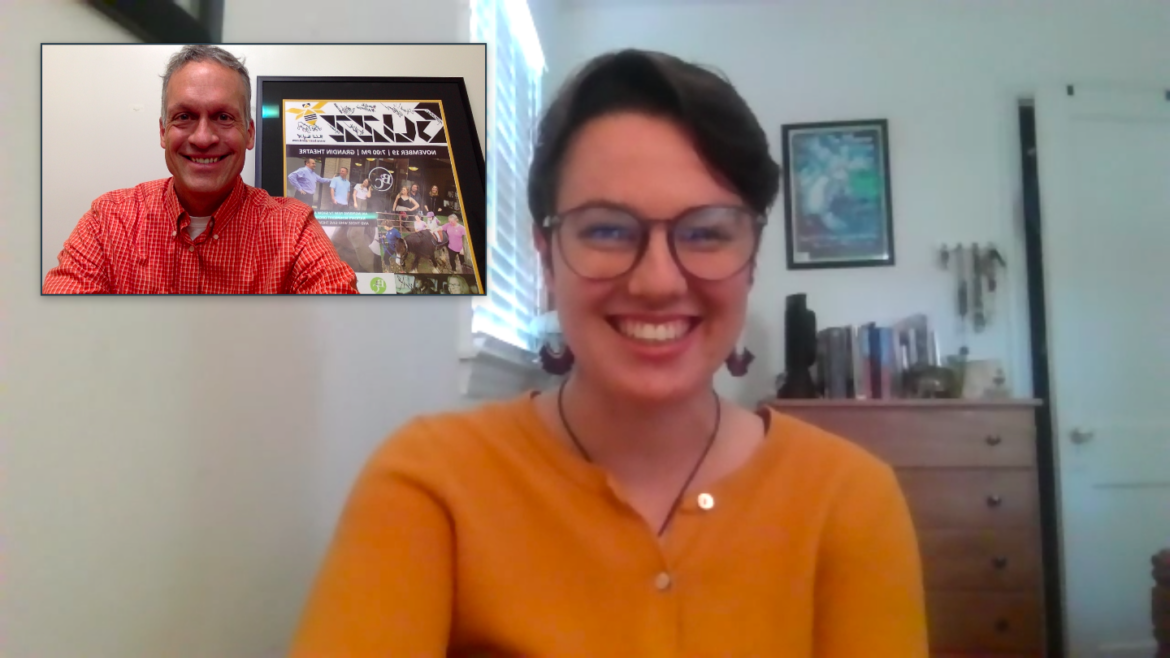 New Episode on “Inside the Hive” podcast

In our Covid-quarantined world, are we screen-fatigued or is video still king in nonprofit marketing? How do you create a TV show with all the social distancing and masking guidelines? What is the biggest marketing need that nonprofits have? And how can a college student who is interested in marketing and design help?

Both on this podcast and BUZZ the TV show, BUZZ creator and host Michael Hemphill is used to being the one asking the questions. But Michael recently had the camera and microphone turned on him by Rachel Pattern Nunn, a first year Master’s of Fine Arts student in Virginia Tech’s Arts Leadership Program. Rachel’s research centers on the efficacy of visual storytelling for nonprofit marketing … especially at a time when the public is both overwhelmed by and hungry for digital content.

Are you ready for more BUZZ?

We are buzzing with excitement to start production on new episodes of BUZZ, which will air December 2, 9 and 16 on Blue Ridge PBS!

Mountain Valley Charitable Foundation has made eastern Montgomery County, Virginia, the “community that could.” Over the last 15 years MVCF has redeveloped an abandoned nursing home into a wellness center, community center, museum and library; transformed an old fire station into a food pantry and thrift shop; created Old Town Fields concert venue out of a former high school football field; and founded the Eastmont Tomato Festival. Guiding the nonprofit with a pro bono rebranding are our friends from Wordsprint, who helped Mill Mountain Zoo in Episode 3.

Opera Roanoke’s theme for its upcoming season is “Find Your Voice.” BUZZ will help Opera Roanoke find its voice — visually at least — by featuring the nonprofit in a future episode while at the same time filming the company’s performance of Gustav Mahler’s “Das Lied von der Erde” (The Song of the Earth), which Opera Roanoke will premiere online Dec.13 to officially kickoff its 2020-21 season.

In August, BUZZ featured Southwest Virginia Ballet, Mill Mountain Zoo and RAM House among its original episodes. In this new episode we’ll look back to see how the nonprofits have incorporated their new marketing tools donated by Carrie Cousins, Wordsprint and Wheeler Digital … and discover some exciting new partnerships they developed by being on BUZZ! 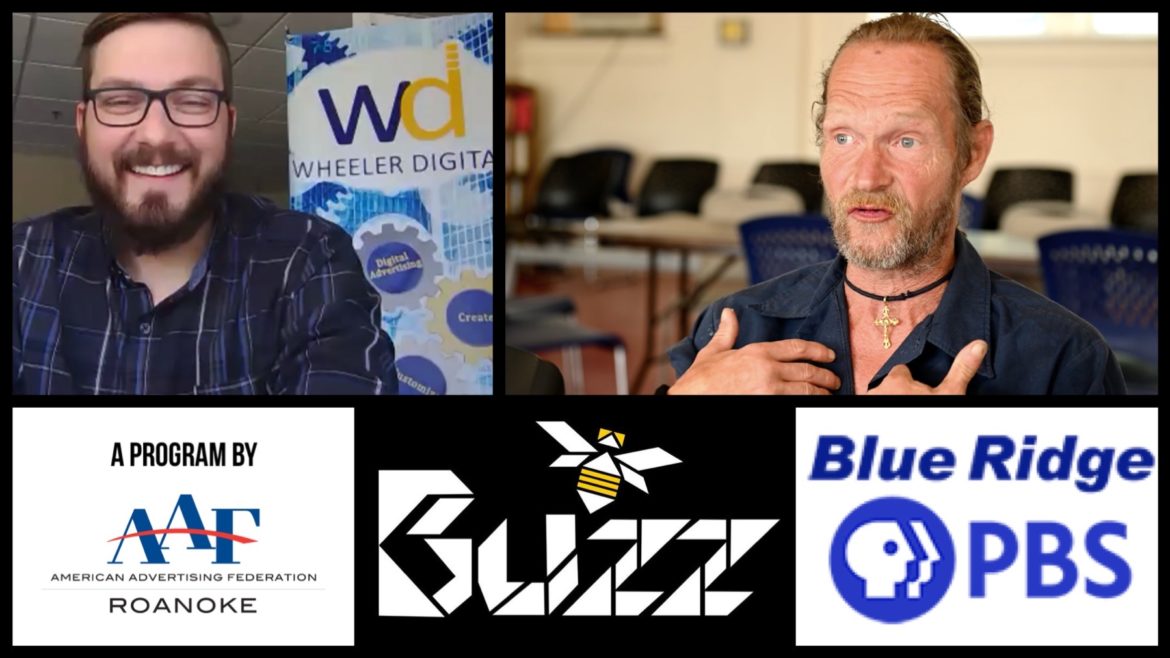 Now playing on Blue Ridge PBS and our YouTube channel: Episode 4 of BUZZ

featuring RAM House (Roanoke Area Ministries) a donated marketing campaign from the talented folks at Wheeler Digital, with additional support by Roanoke Catholic School and Press Press March. Major funding for this episode was provided by Partners in Financial Planning.

Like all nonprofits, RAM House has been impacted by COVID-19 as it struggles to meet the growing needs of our community’s homeless population. While an older cadre of supporters helps the nonprofit provide food, clothing, a day shelter, and financial assistance for more than 100 people a day, Wheeler Digital donates its expertise to help RAM recruit younger volunteers and donors to sustain the organization’s work for years to come. 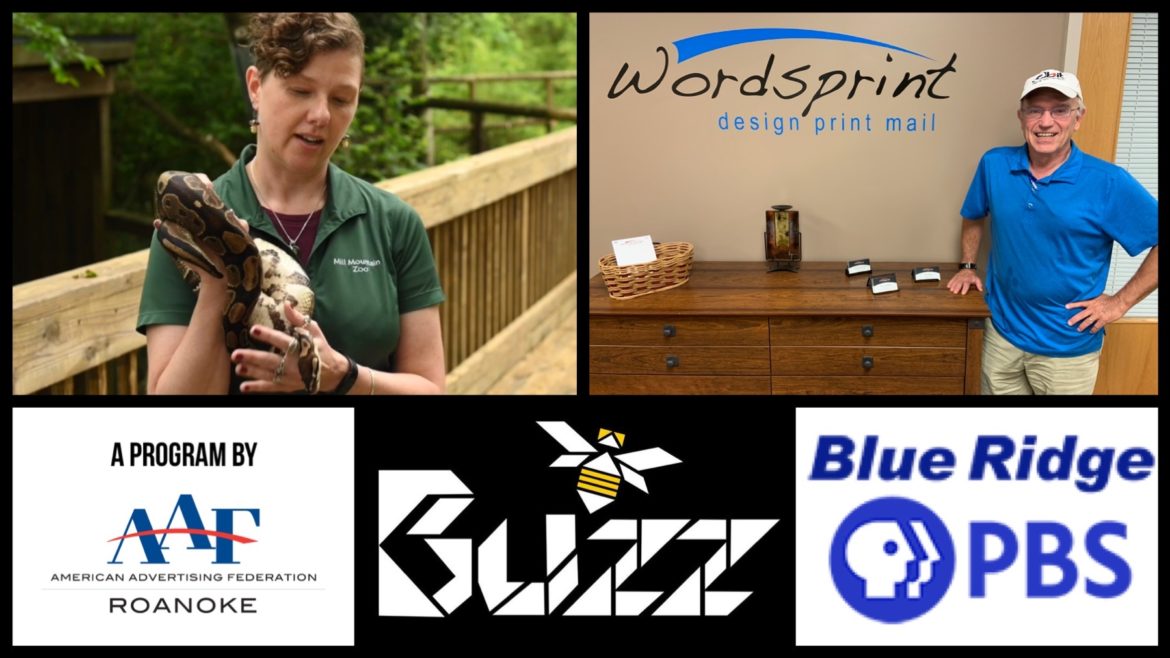 Since its founding in 1952, Mill Mountain Zoo has been a nursery rhyme-themed amusement park featuring exotic animals. Today, the iconic attraction’s focus on education and conservation is so radically different that the word “zoo” no longer applies. Wordsprint, a print marketing company based in Blacksburg, guides the zoo’s board and staff in crafting a new identity as it approaches its 70th birthday atop Mill Mountain. 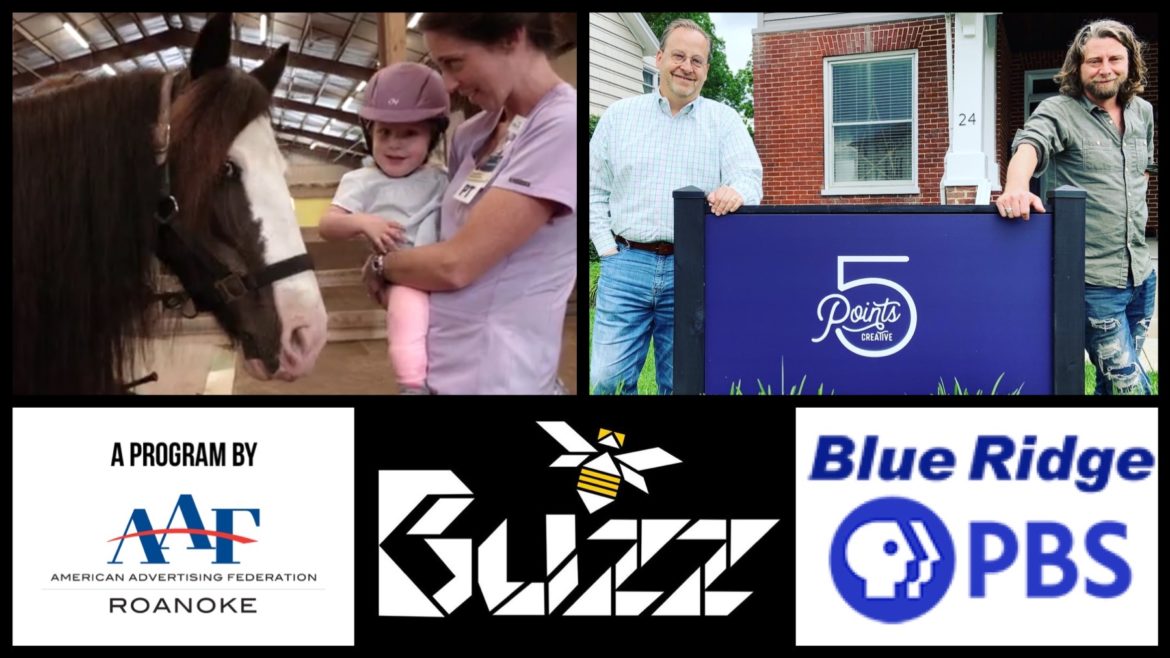 Healing Strides of Virginia often refers to itself as one of the region’s “best-kept secrets” for its work providing therapeutic horse-riding services for people suffering from neurological disorders including children with autism and veterans with post-traumatic stress disorder. But thanks to a $25,000 “marketing makeover” by 5 Points Creative, the nonprofit based in Boones Mill is a secret no longer. 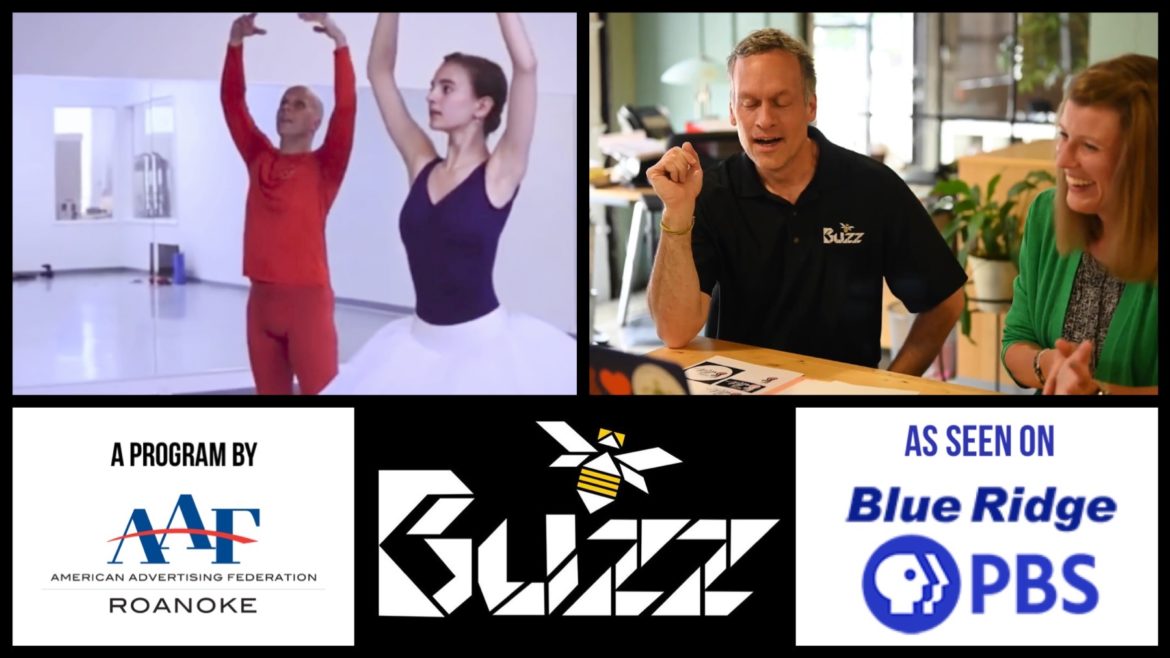 From free classes for Roanoke City schoolchildren to free performances for families with special needs, Southwest Virginia Ballet has transformed lives throughout the state through dance, artistry, and passion … despite a website that features none of those things. As a 30th birthday gift to Southwest Virginia Ballet, digital marketing specialist Carrie Cousins provides the nonprofit with an online transformation of its own. This episode is the first of four featuring nonprofits in Roanoke, Virginia, struggling to survive the COVID-19 pandemic and hoping to thrive once it’s over. 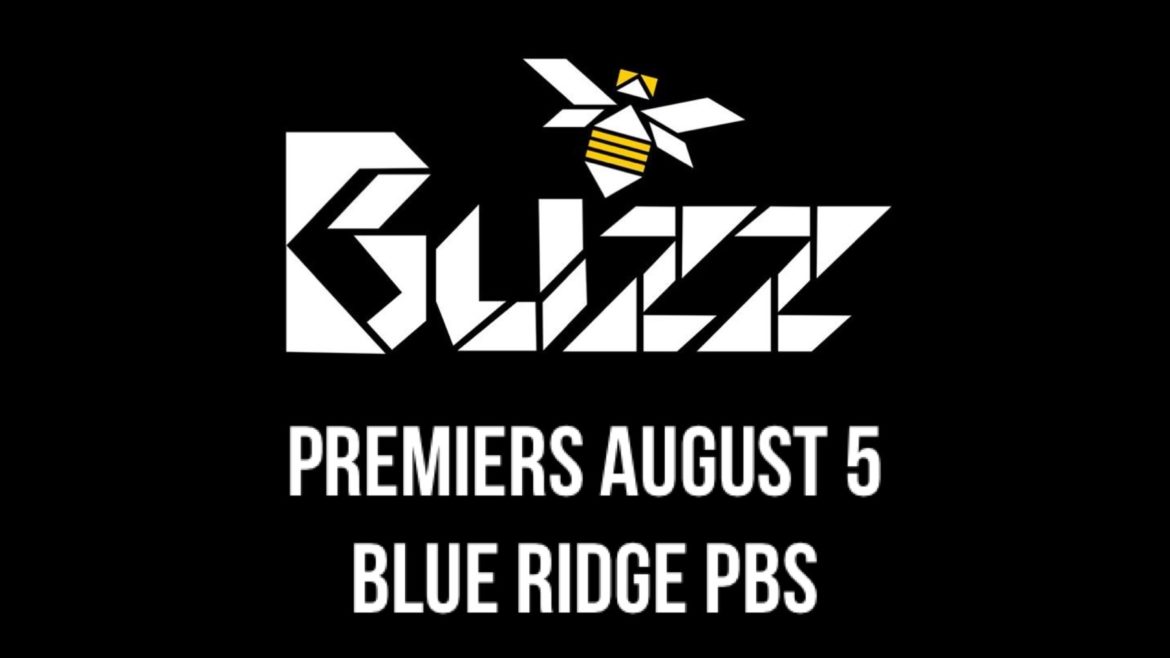 Why We Need More BUZZ

All that has transpired in 2020 — from the viruses of COVID-19 and racial injustice to the complete breakdown of civil and civic discourse — has only affirmed this project we’ve been nursing along the last year and a half: BUZZ TV show highlighting nonprofit organizations and the marketing pros who help them do more and do better.

We’re excited to announce that the first four episodes start airing August 5 on Blue Ridge PBS and on our social media accounts. (Facebook, Instagram and YouTube.)

BUZZ has gone through several iterations these last 18 months: different production teams, different hosts (now yours truly). But the underlying premise remains true: our nation’s nonprofit organizations — homeless shelters and free clinics; zoos and museums; community theaters and choirs; churches and on and on — are increasingly all that is keeping our communities connected while our governmental institutions drive us apart.

We look forward to presenting our first four episodes on Blue Ridge PBS, which you can watch from home or at our watch party at The Grandin Theatre. Visit https://aafroanoke.org/events/ for more info.

You can watch the first four episodes of BUZZ in August on Blue Ridge PBS from the comfort of your home … or at Buzz4Good/AAF Roanoke’s watch parties at The Grandin Theater! Each show will begin at 7 p.m., followed by a live Q&A at 7:30 p.m.

Attendees must wear masks, and seating will be spaced out. Concessions will be available. Capacity is limited to 90 for social distancing seating. Tickets are just $5. Before heading to your theatrical experience, make sure to read the Grandin Theater’s SAFETY GUIDELINES.

BUZZ is a new television show featuring nonprofits and the marketing pros who help them do more and better. These episodes are sponsored by James Pearman of Partners in Financial Planning. 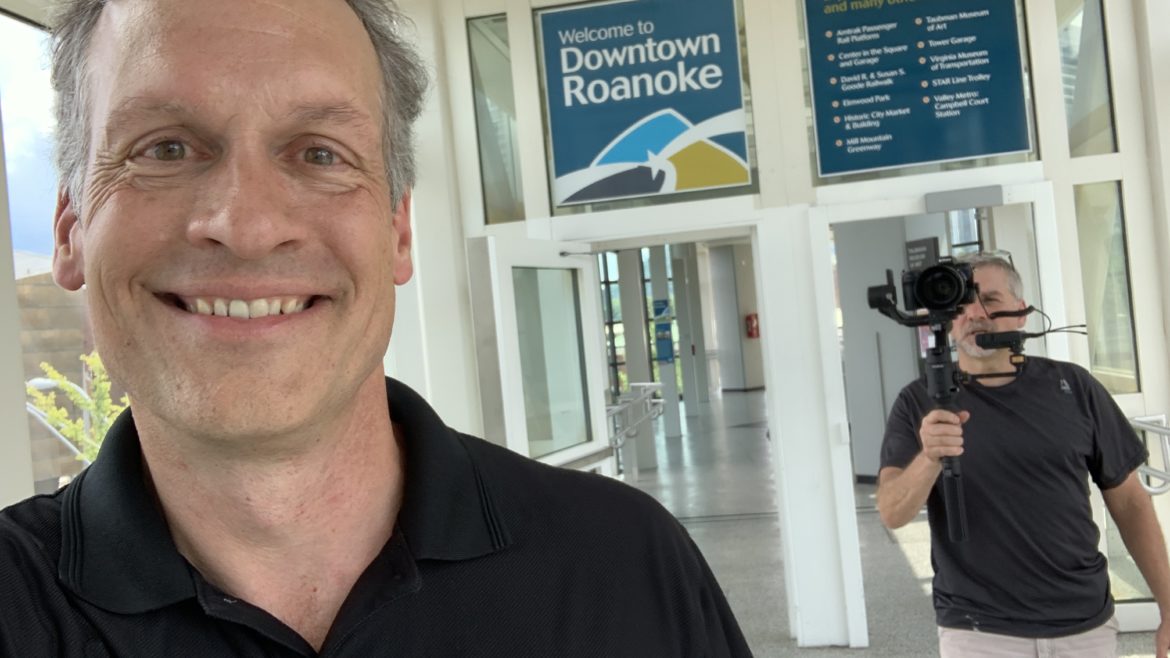 That’s a wrap on our first 2 episodes

We’re excited to announce that we’ve concluded shooting the first 2 episodes of BUZZ 🐝 featuring Southwest Virginia Ballet’s marketing makeover by Carrie Cousins and an update to our pilot featuring Healing Strides of VA and 5 Points Creative. The shows air August 5 (SVB) and August 12 (Healing Strides) at 7 pm on Blue Ridge PBS, with two more episodes still in development that will air August 19 and August 26. All four show are being underwritten by James Pearman of Partners in Financial Planning. Stay tuned to our plans to host watch parties at the Grandin Theater!